After five days of assembly, the longest, or depending on who you ask, second longest European Council concluded. The 27 European Union governments reached a breakthrough on the fifth and final day of meetings that could change the landscape of European fiscal policy for generations to come. In what many are calling a “pivotal moment” for Europe, the European Commission will be tasked with raising an unprecedented 750 billion euros ($857 billion) from financial markets to aid countries and sectors most impacted by COVID-19.

The heads of state spent much of the five days ironing out details regarding proper disbursement and allocation percentages. Concerns involving investment oversight were also noted as points of conflict. In the end, the following package was agreed upon:

In May, Germany and France pleaded for 500 billion euros to be disbursed in the form of grants, but that number was trimmed for the final cut. To receive their portion of the stimulus, member states will need to develop Reform and Recovery plans outlining how exactly they will invest the funds. Once a final draft is prepared and submitted, the plans will have to be approved by qualified majority, not unanimity. 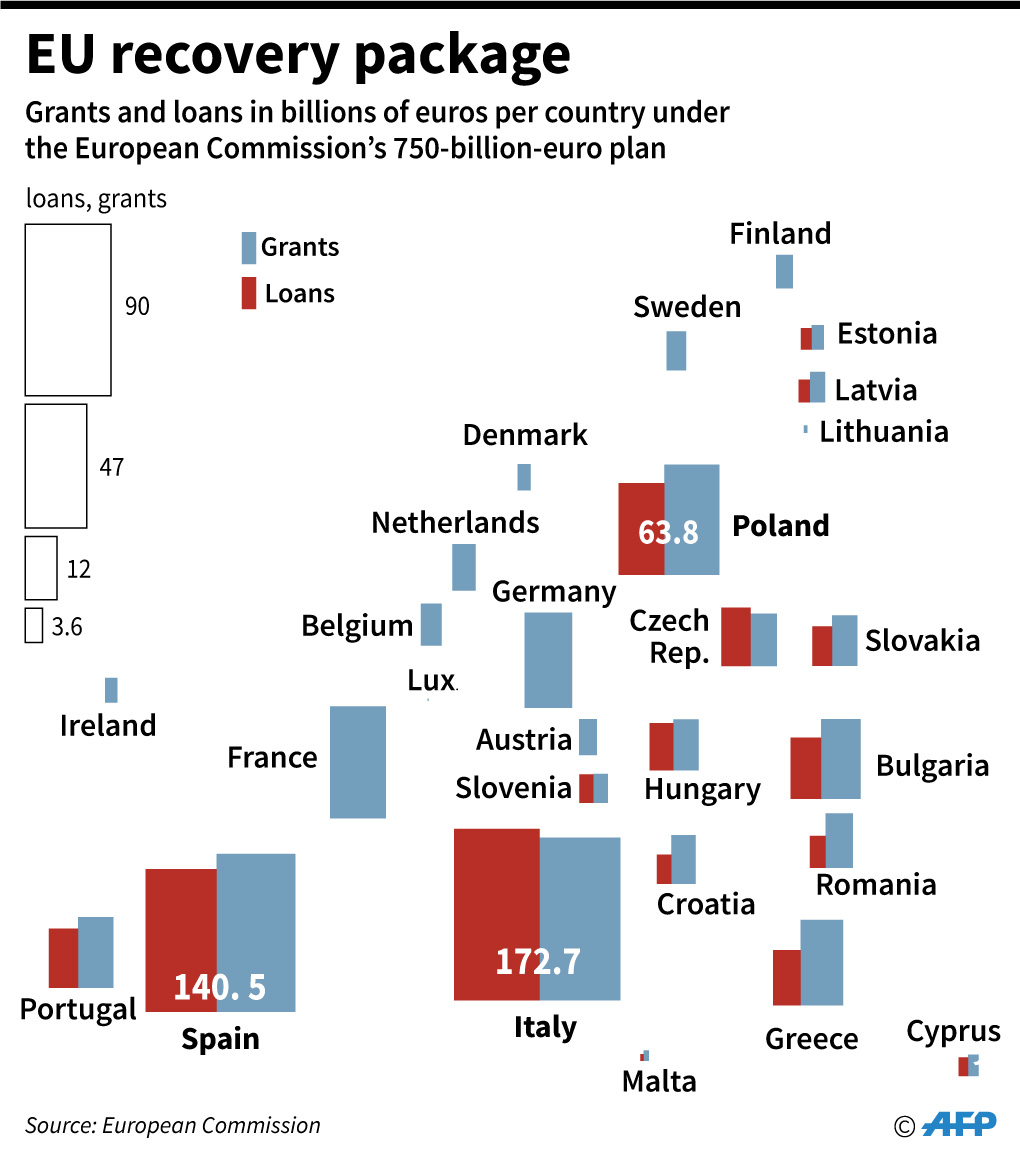 When preparing the new Reform and Recovery plans, criteria like unemployment and income per person will be emphasized. According to The Economist, these criterion line up France and Spain to receive a collective 209 billion euros in loans and grants. To throw another wrinkle in the mix, any government will have the power to object another’s spending plans, thus entangling disbursement plans. Concerns have been raised about the prospect of objecting in bad faith.

Aside from the participating-government disbursements, it was decided that 30% of the expenditures from the recovery fund and next EU budget will be committed to “address climate issues”. This is a subsidiary move to better aid the EU in their effort to be climate neutral by 2050.

Funds from the newly struck deal will not be made available until 2021 and the EU has no intentions of rolling-out more stimulus until then. This deal comes on top of the already approved 540 billion euro package of short-term stimulus that was implemented in April.

This news is naturally more exciting for Europeans who will feel a more direct effect, but that does make the move any less unprecedented. Common debt borrowing at the EU level has been opposed by many for decades. Thanks in large part to COVID-19, that oppositional stance has weakened drastically. Only time will tell, but strengthening fiscal coordination could be the exact recipe the EU needed for a sustainable recovery.